Nuaimi Tower appears majestically alongside the fellow towers that line Sheikh Zayed Road. It is a tower that immediately calls attention to by-passers due to its distinctly bold rose color tinted glazing, much to the contrast of the blue, teal, beige surroundings. This rosy-pink tint is even further reinforced through the crown design of the tower. The crown is designed reminiscent of blooming rose petals. The rose form gets further represented by the overall massing of the tower, as it stands vertically with corner balconies acting like a visual texture almost like thorns. The apartments are exceptionally large, only being offered in two-bedroom and three-bedroom layouts. The balconies are the true hidden gem of the project, as the views they provide are beyond exceptional. On the SZR side, residents view the opposite towers without interruption, as well as Jumeirah and the coastline. The backside views entirely uninterrupted views of Business Bay executive towers, as well as an entirely clear ground-top view of Burj Khalifa. The project is an ultimate residential experience for a big city lover. 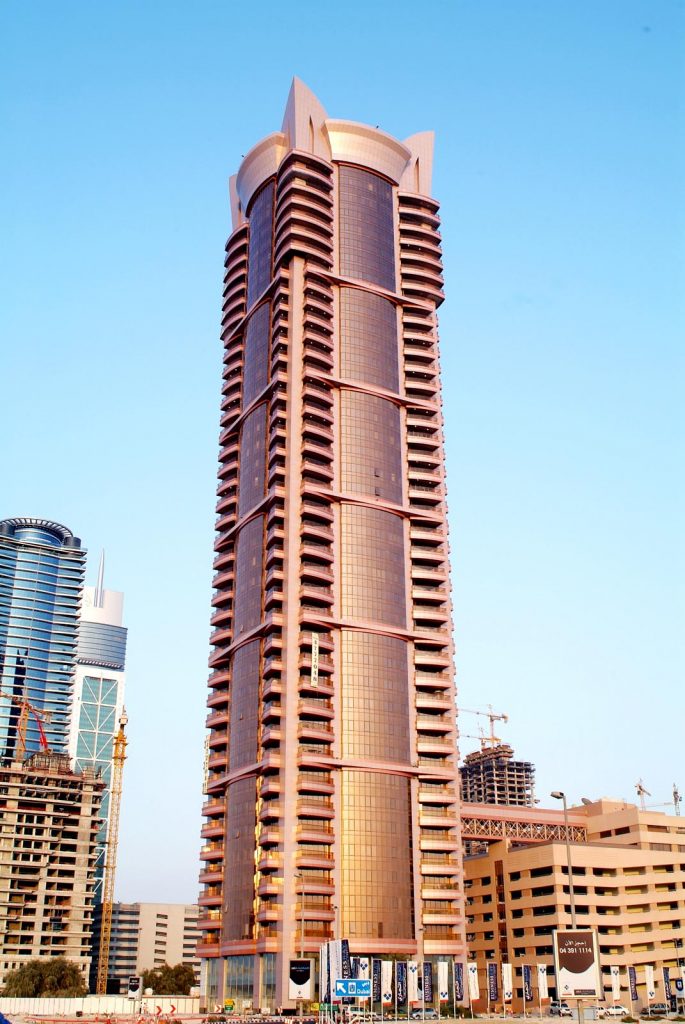