The Goldcrest Executive Tower is a high-rise multi-function building situated in the neighborhood of Jumeirah Lakes Towers. The client approached DAR with the desire to create a uniquely formed tower, away from the typical orthogonal structure that is often seen. Taking on this challenge, DAR created an intersection of two different shapes, meeting both creative and functional purposes. The base is rectilinear and provides a hint at the curved façade with the center mass. The first third of the building from the ground up takes this form to give a maximized opportunity for lease-ability of office space. The Hotel lobby is on an intermediary floor midway along the span of the building with an outdoor sitting area and lounges. Its indicated by its recession in the level’s façade and exposed columns. The client also requested for a dome to be created in the roof of the tower, which was inspired by the dome of the rock in Jerusalem. This dome is articulated through a negative space formed by the fin contours that extend over the roof terrace surface. The tower adds a unique silhouette to the Jumeirah Lakes Towers skyline through its overall form. 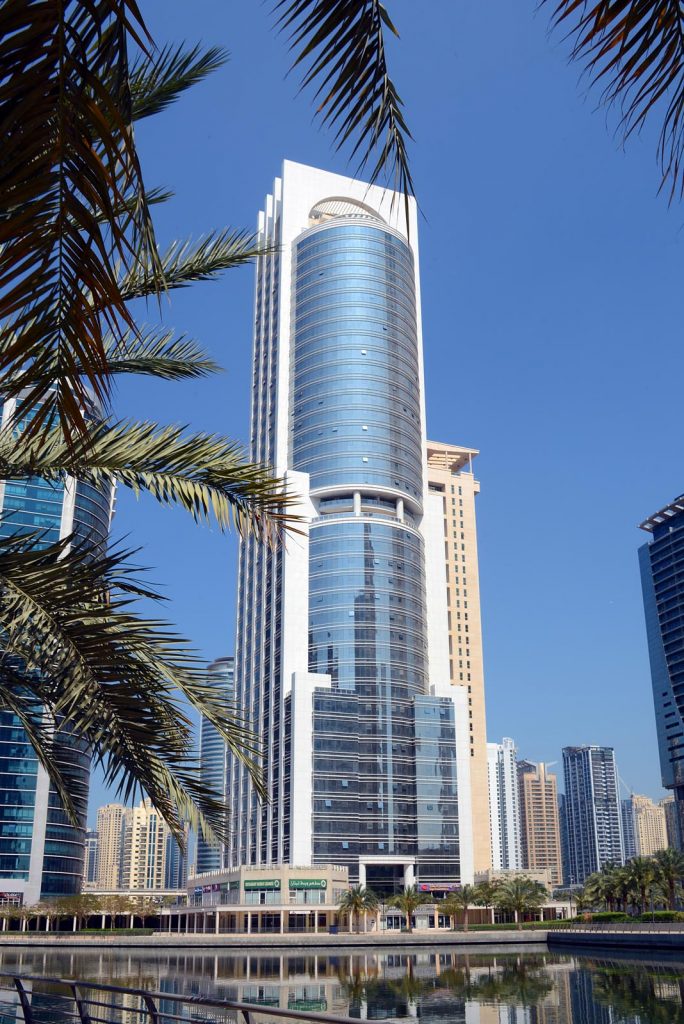 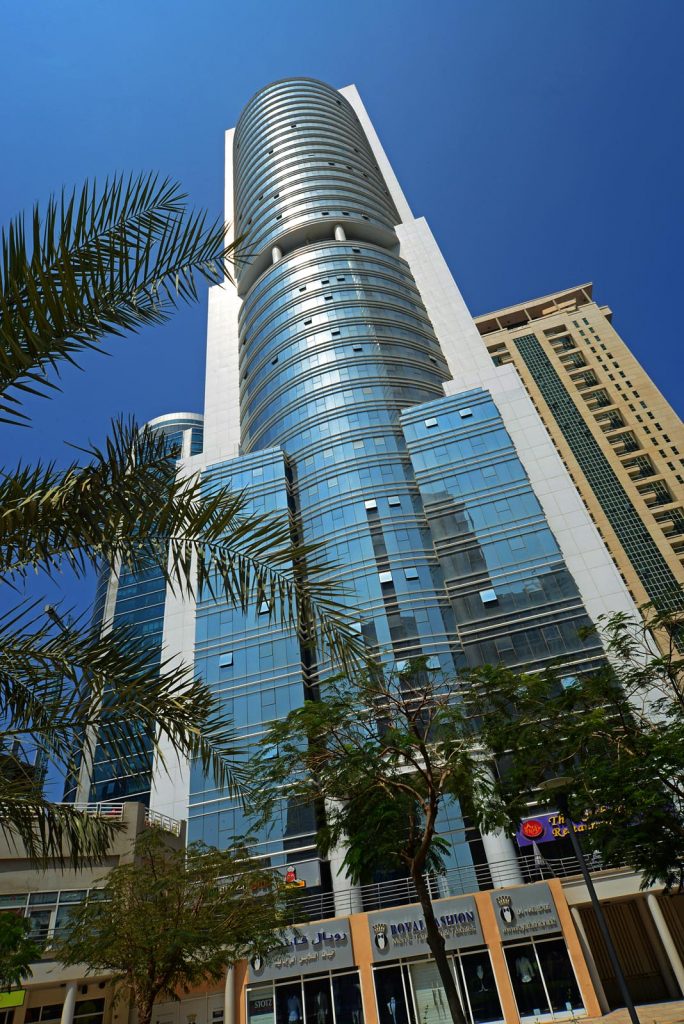 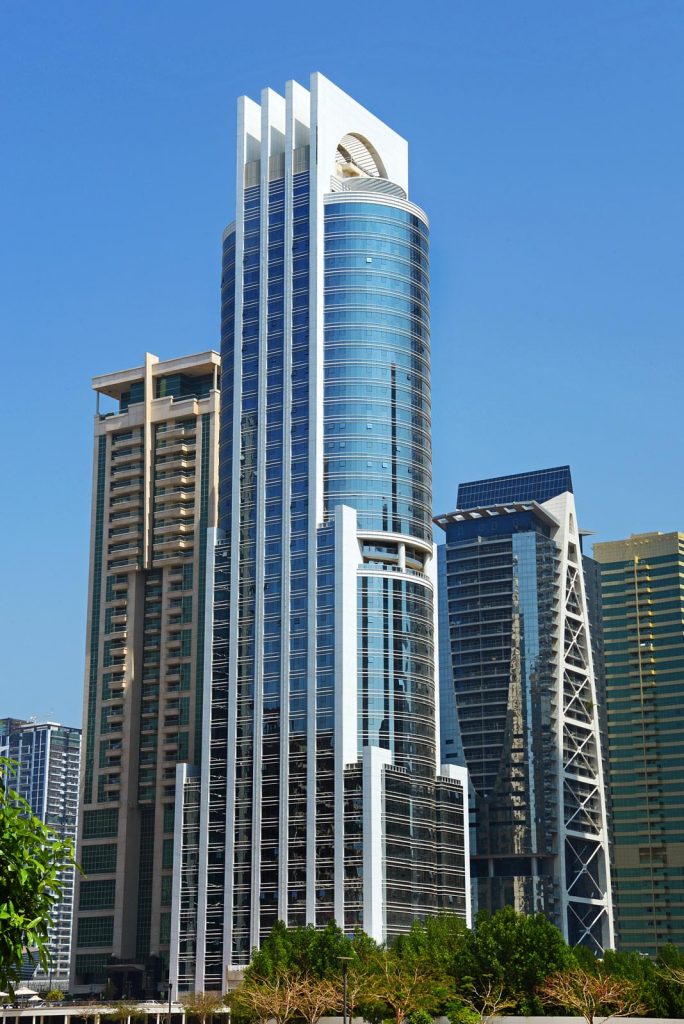