Al Waseet Headquarters is an office building located in Dubai Internet City. The office concept derives from the traditional Dhow boats found in the UAE, by creating an abstracted version of the mast, sails, and body of the ship for the form. The central portion of the building is oval in shape and forms an open space interior using large structural spans. The building entrance lobby is an atrium style set up, with bridges on the upper levels connecting the left & right blocks. The project is intended to be a headquarter for a middle eastern media company. The curved façade uses a curtainwall system throughout the majority of it, combined with horizontal mullions, which emphasizes the boat construction aesthetic. Overall the project’s visual concept, as well as functionality, come together harmoniously to fit into the corporate landscape established in Dubai Internet City. 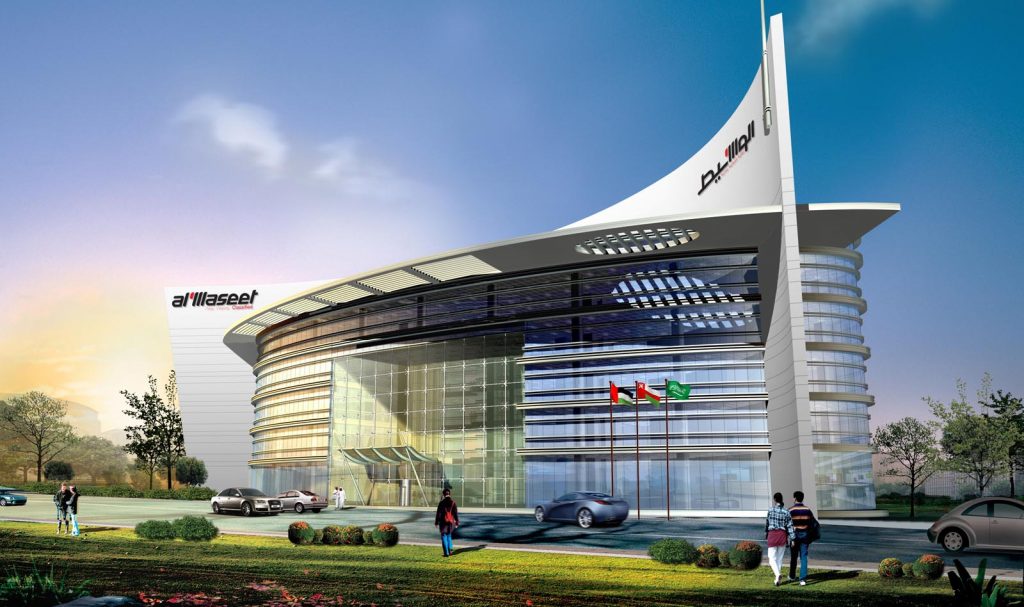 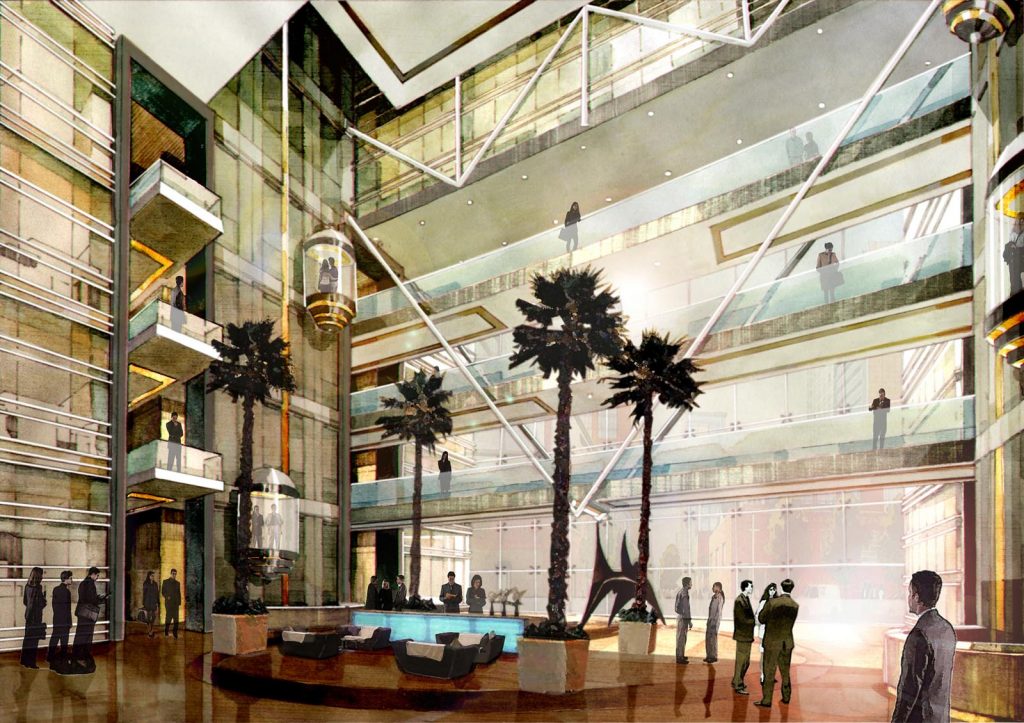