Emirates Development Bank Abu Dhabi Headquarters was commissioned to DAR after winning a high stakes competition. The design is saturated with futurism inspired by history. The form of the headquarters takes a reminiscent shape of the Al Ain Fortress, based on the stacked circular formations of sandstone that make up the fortress. The design is modern through its deconstruction of details and the current materials such as horizontal aluminum fins rather than the protruding wooden beams seen in the Fortress. The material colors further reinforce the memory of the fortress, as the cladding and glass use warm tones reminiscent of the sandstone. The corner of the plot is a two-way street intersection, and as such, a curved design was a distinctly positive solution to reinforcing the prominence of the project and its host. The project spans six floors high and is the second iteration of the original Dubai headquarters. In a merging location of Abu Dhabi, where its early history begins to move forward, the project stands prominently in its modernity and respect for heritage. 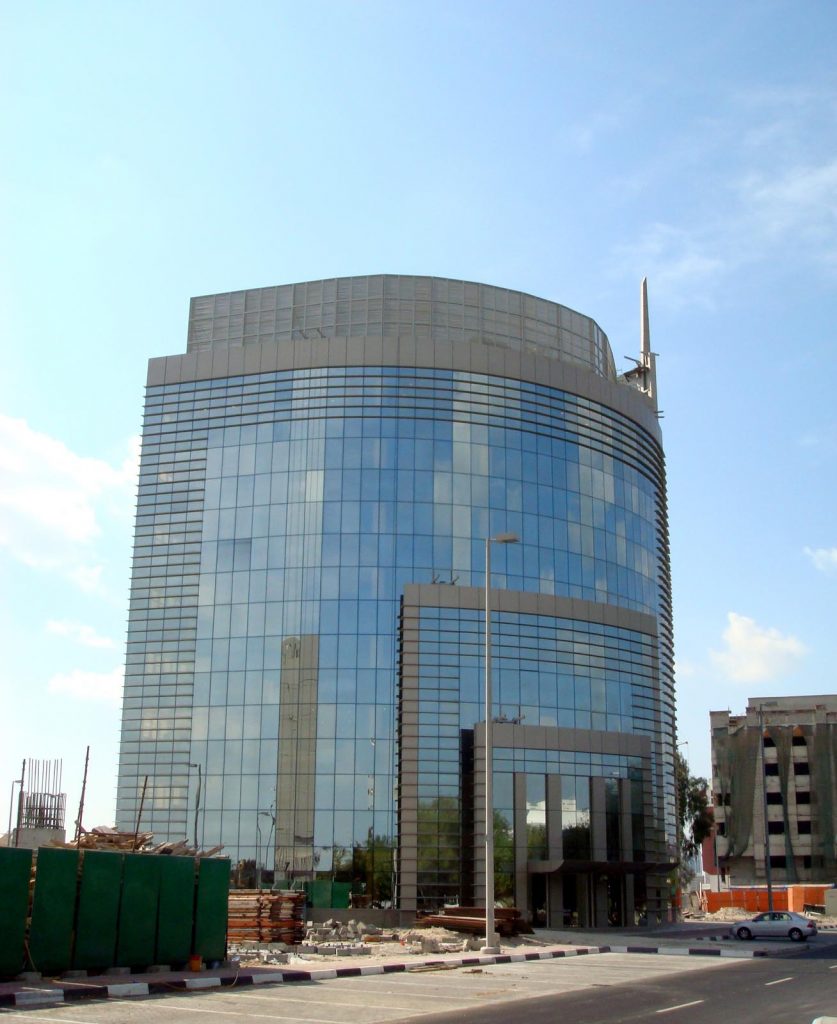 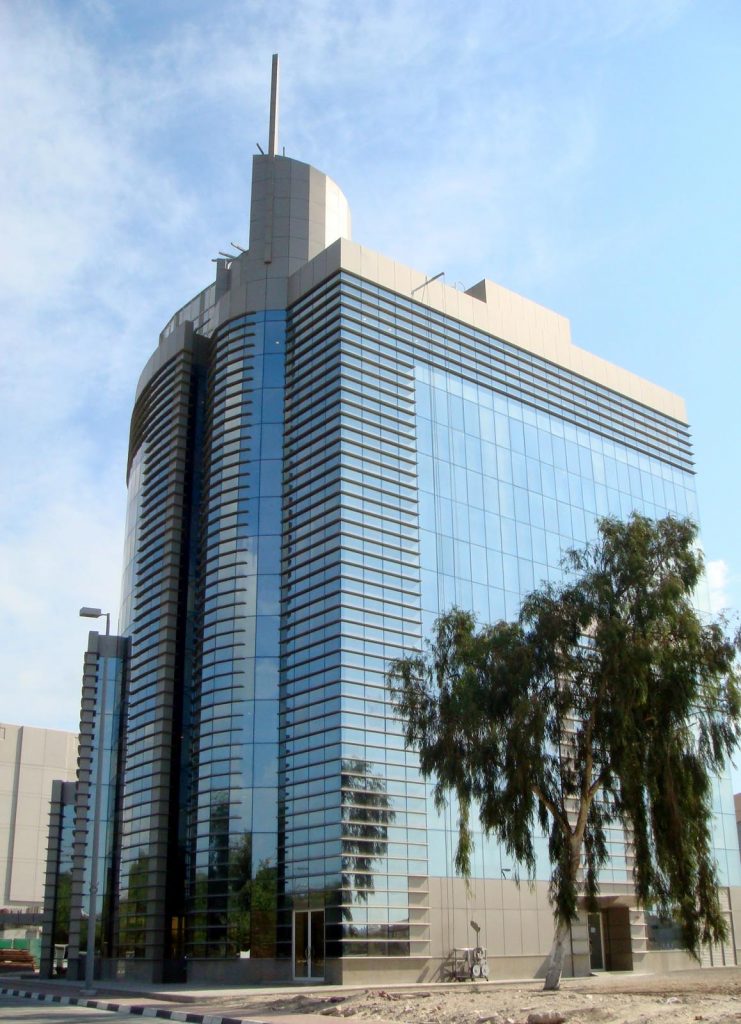 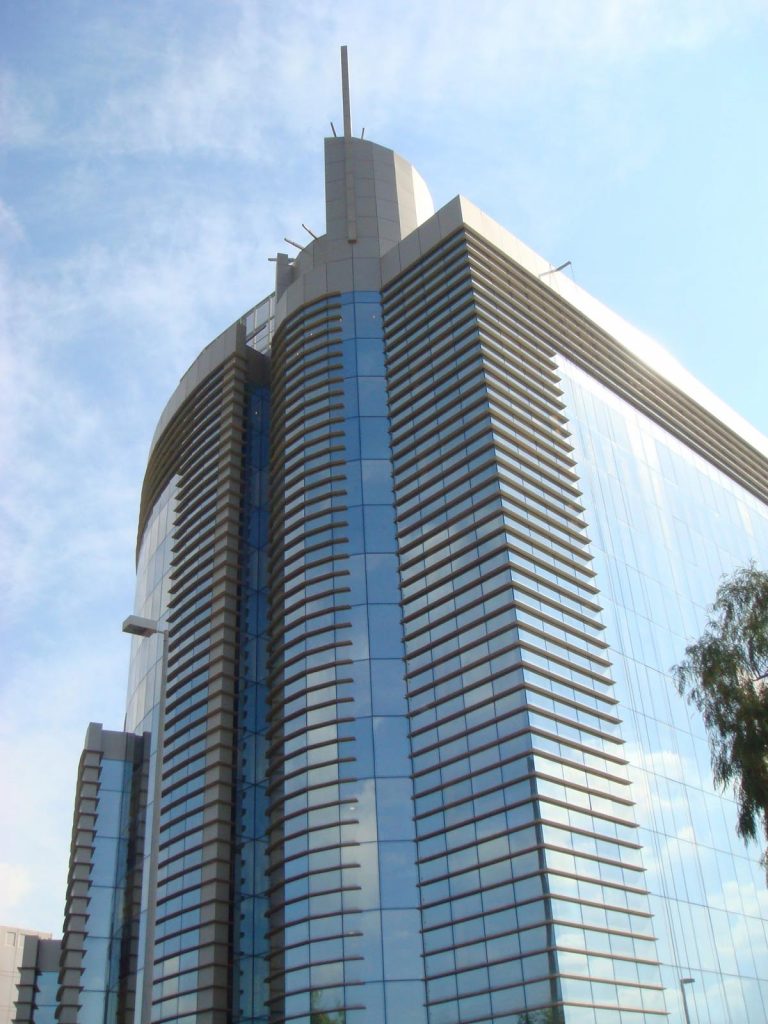