The Radisson Blu Hotel & Furnished Apartments situated in Dubai Media City are modern and complimentary in their design solutions. The project consists of two buildings spanning seven levels each. The first block, located on the corner of a roundabout intersection, is the hotel. The Furnished Apartment block is located just behind the hotel and is unified with it via a connecting pedestrian bridge on the first floor. The façade of each block is quite complimentary, especially on the main road they are aligned at. The hotel block has a uniquely added visual feature of being on the corner. As a result, the two street façades are tapered at their junction to create a broad, fully glazed curve. The project is one of the first hotels one can find within Dubai media city off of Dubai’s primary vehicular spine, Sheikh Zayed Road. 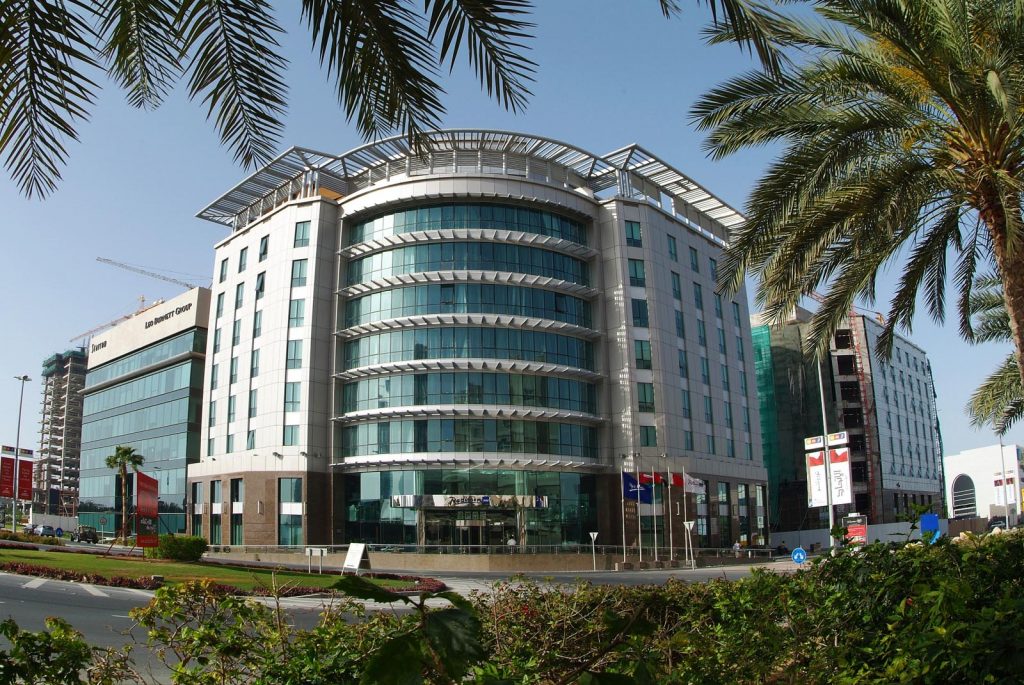 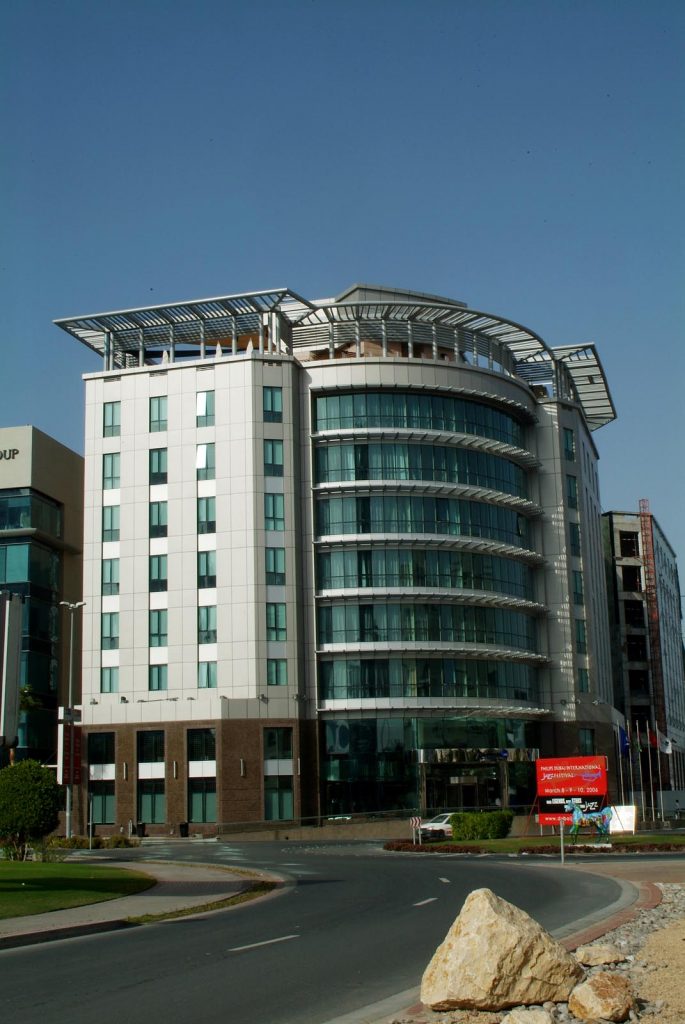 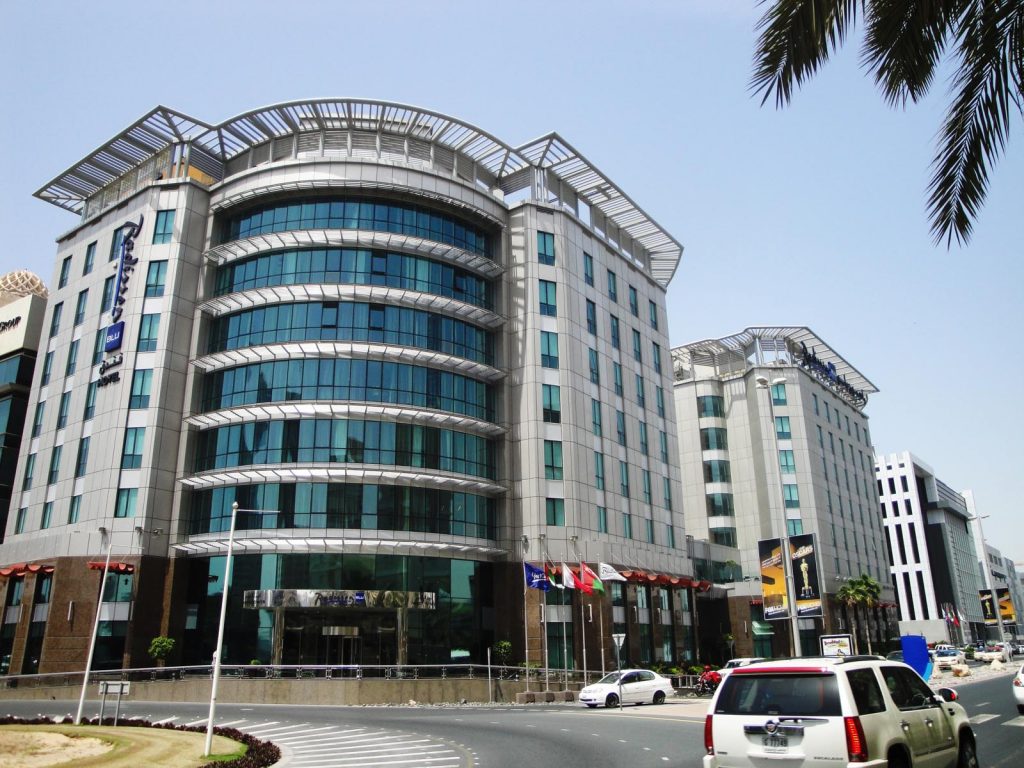