Aloft & Element is a playful proposal in contemporary building & graphic design for the massing and façades of the project. In alignment with Aloft’s slogan “Different by Design,” this was an excellent opportunity to take alternative approaches to common design criteria. Consisting of a Hotel (Aloft) and Serviced apartments (Element), the massing design attempts to subtly distinguish the two, via façade pattern treatment, toning, and general form. The two converge at an intersecting mass for the entrances of each, thus harmonizing the two separate buildings with one another. Aloft’s purpose shows more playful characteristics than its counterpart as to reflect the personalities of its users, a more young-professional crowd. Element’s design is calm and more neutral in façade treatment to reflect the same of its users. Bright colors such as magenta and lime green are used sparingly throughout as accent colors that liven the project in between the series of monochromatic aesthetics seen around the Dubai skyline. 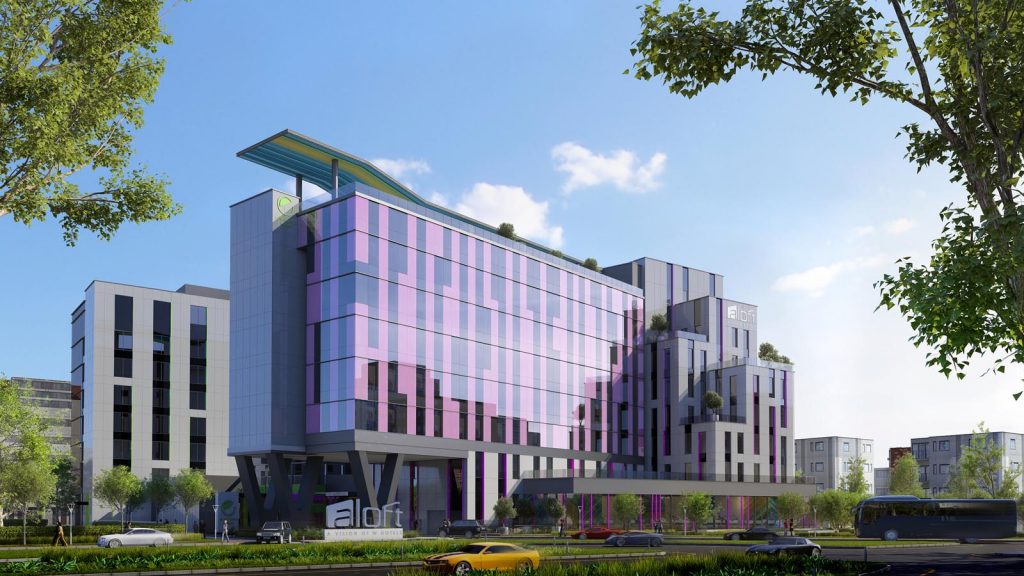 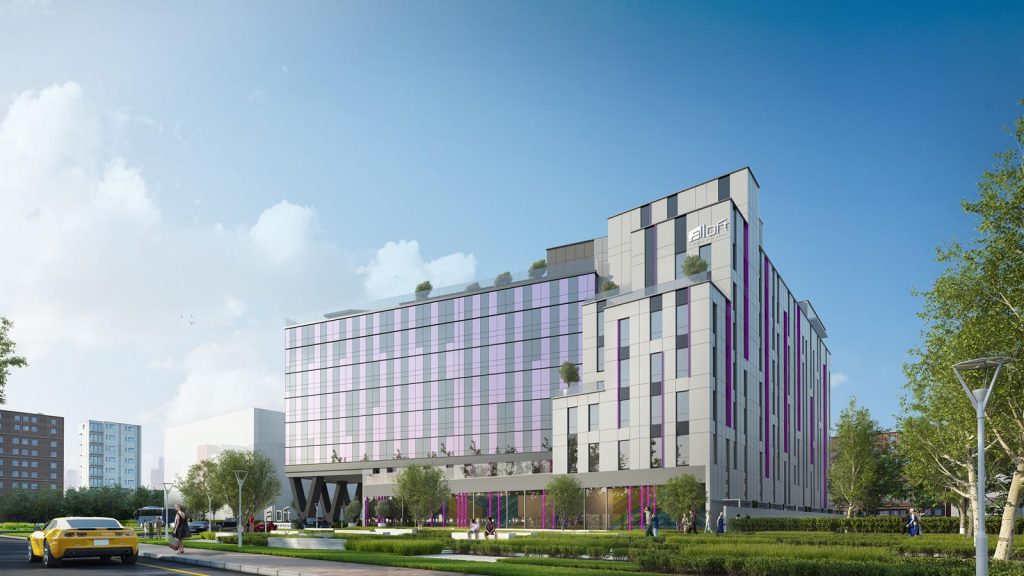 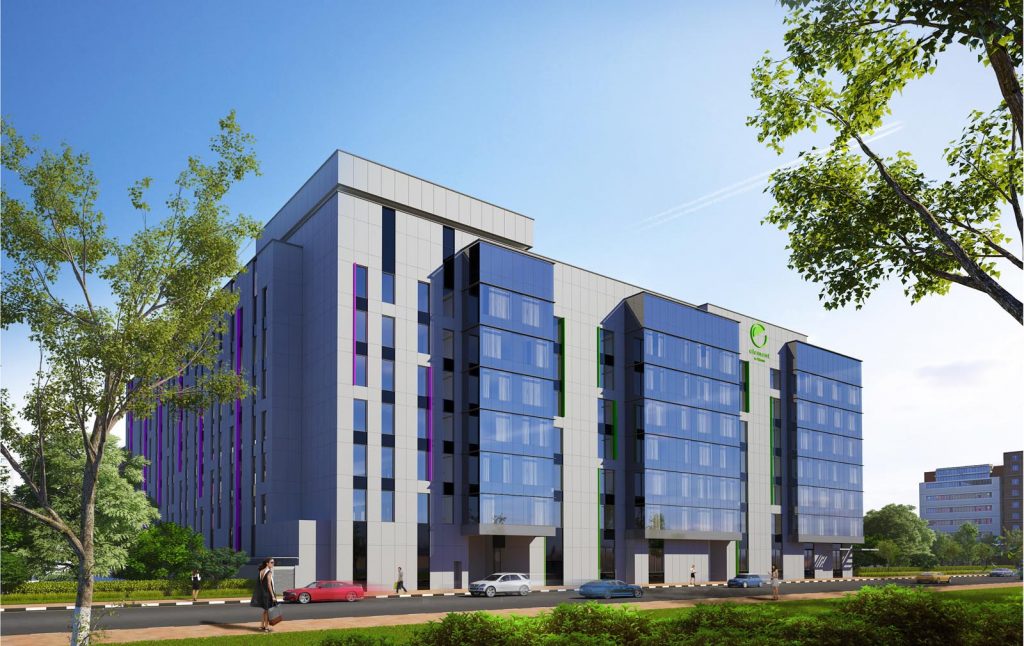 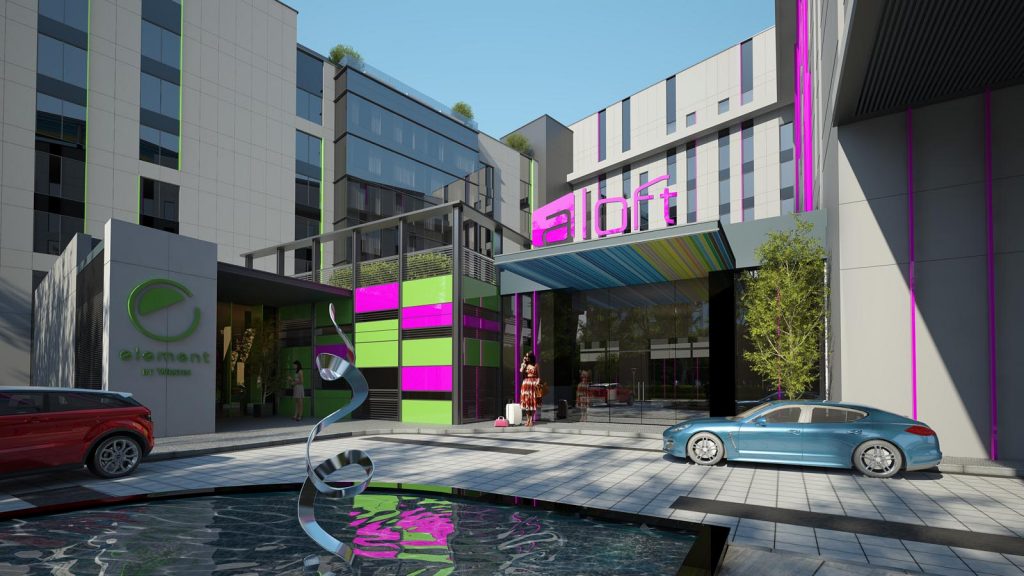 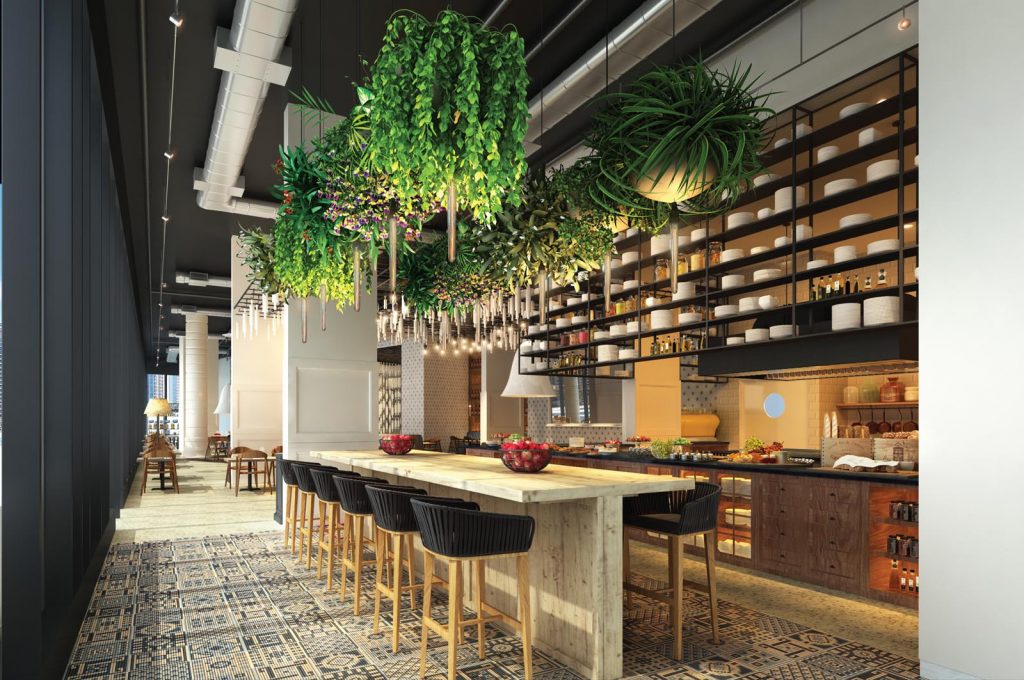