Al Manzil Hotel is situated along the busy boulevard of Downtown Dubai and was initially constructed in 2014. During this time, DAR was commissioned to make remodeling enhancements to the then current design scheme. DAR took on remodeling rooms, suites, corridors, lobbies, as well as the courtyard. In addition to remodeling, an extension was created that aesthetically appears as a sleek glass box that intersects the side of the hotel, where the hotel and Manzil Souq connect. The extension expands the dining area as well as provides more space for food & beverage outlet space. This color palette allowed for every space to feel significantly more abundant than previously. Strategic partitions were created for the guestrooms where it was initially an open plan. The Courtyard went from having a staggering step system for flooring to a continuously flat surface that activated the shaded boundary with alcoves of seating, articulating a contemporary Arabian experience of a Majlis. 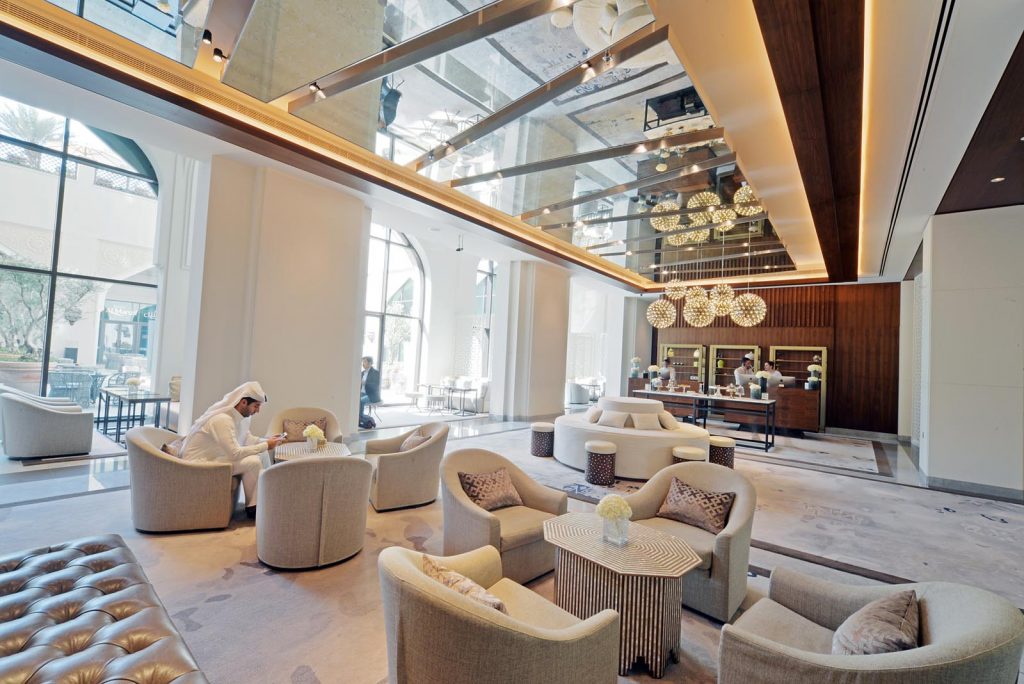 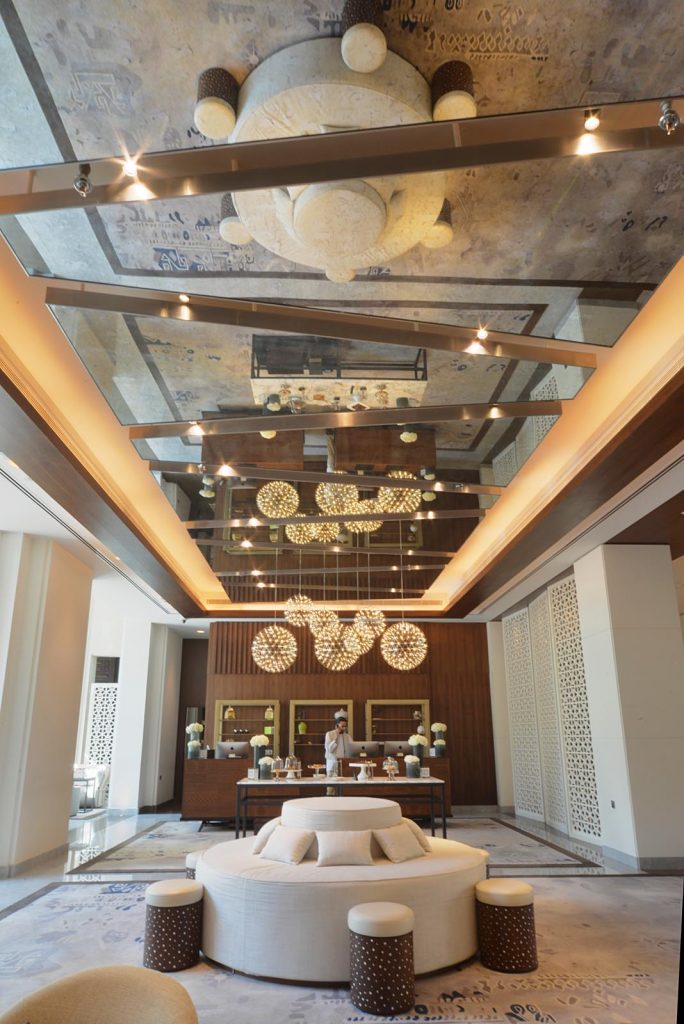 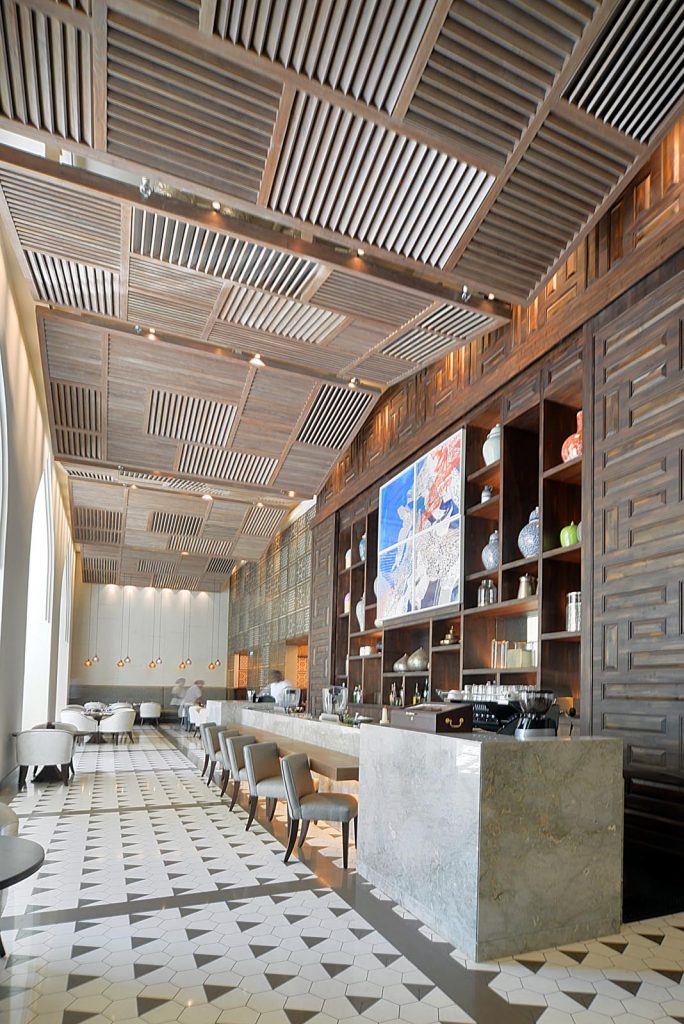 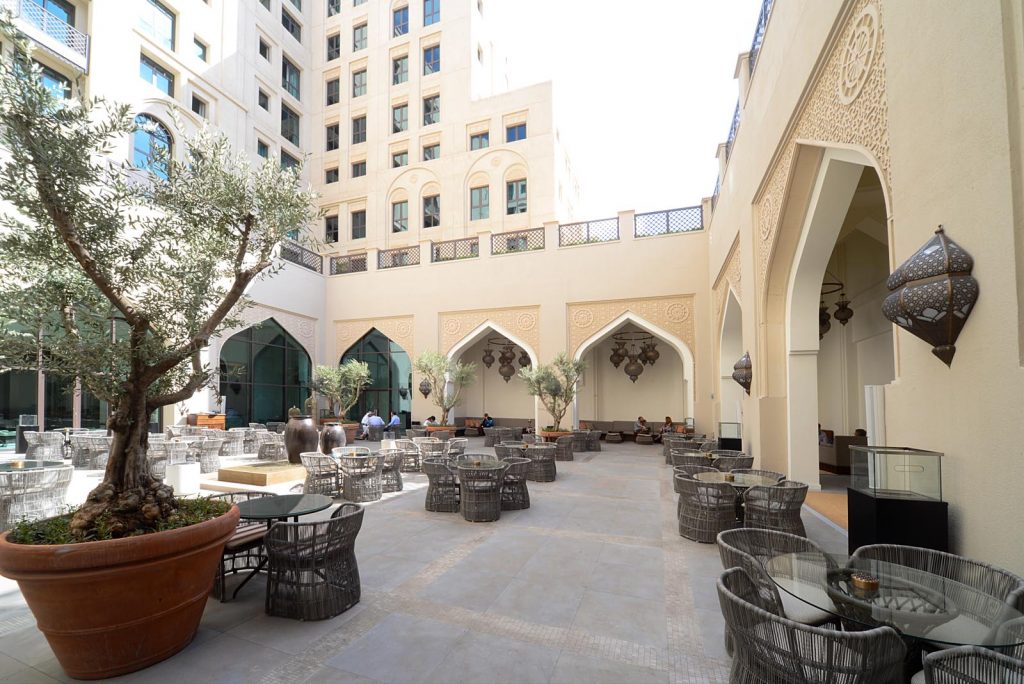 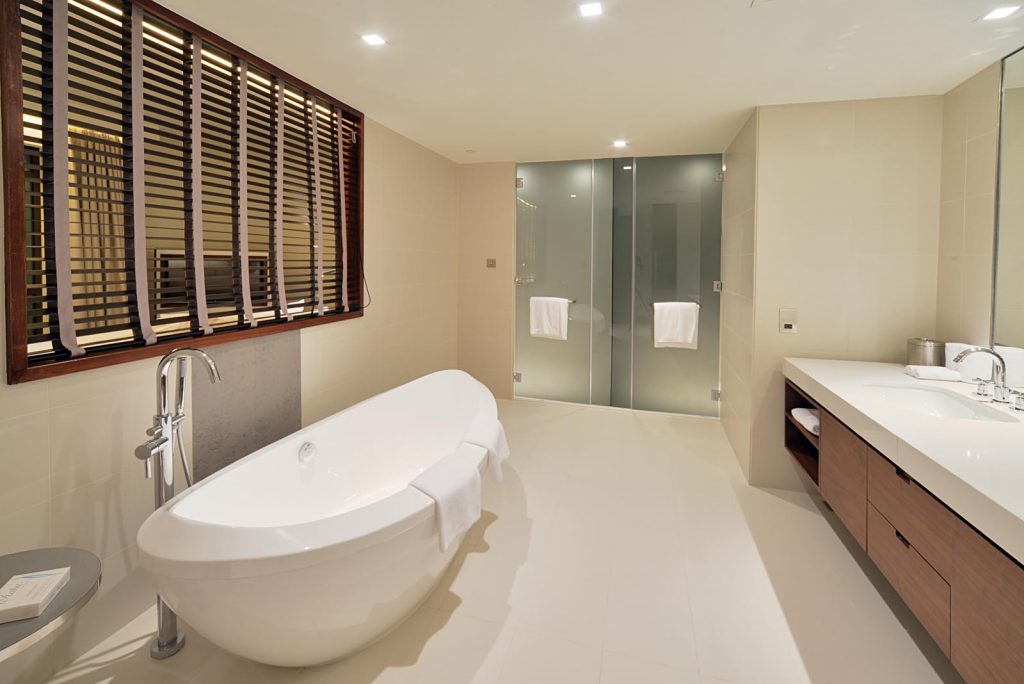 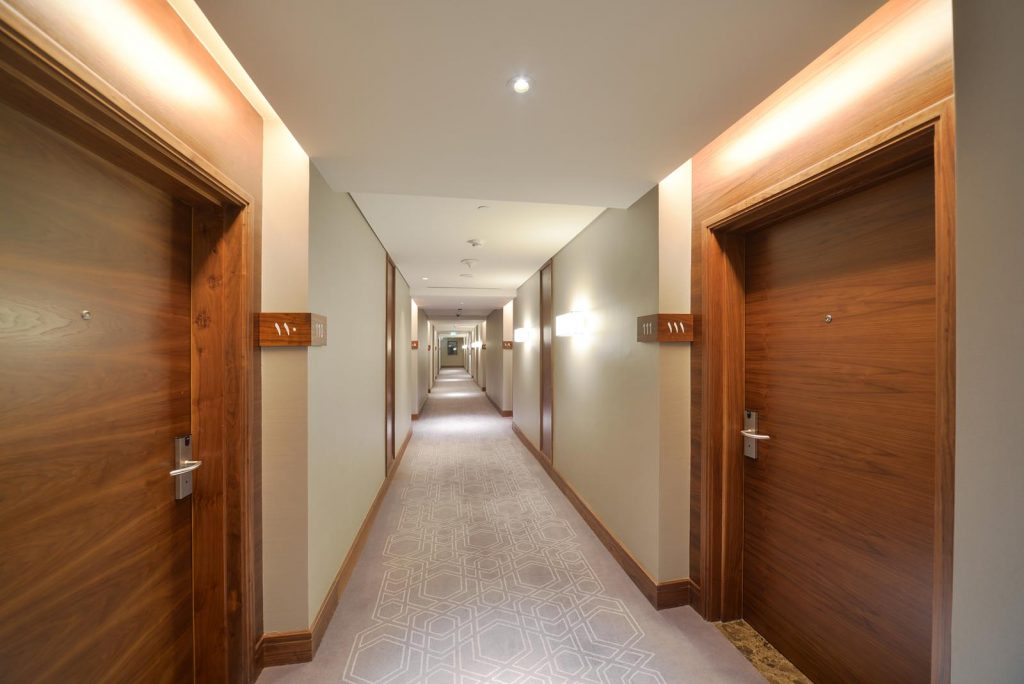 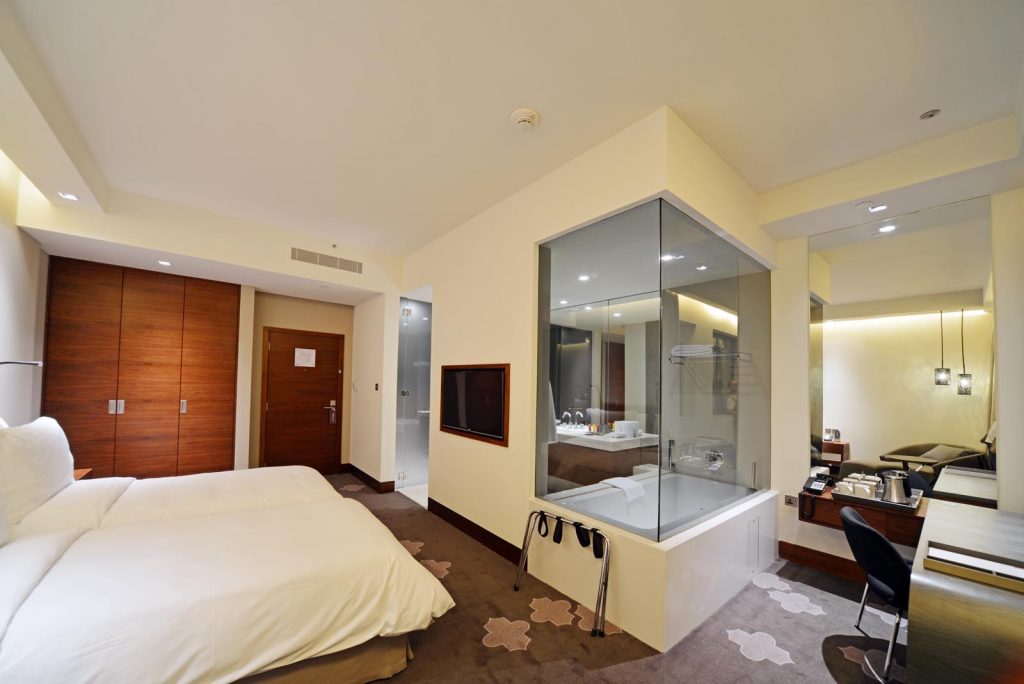 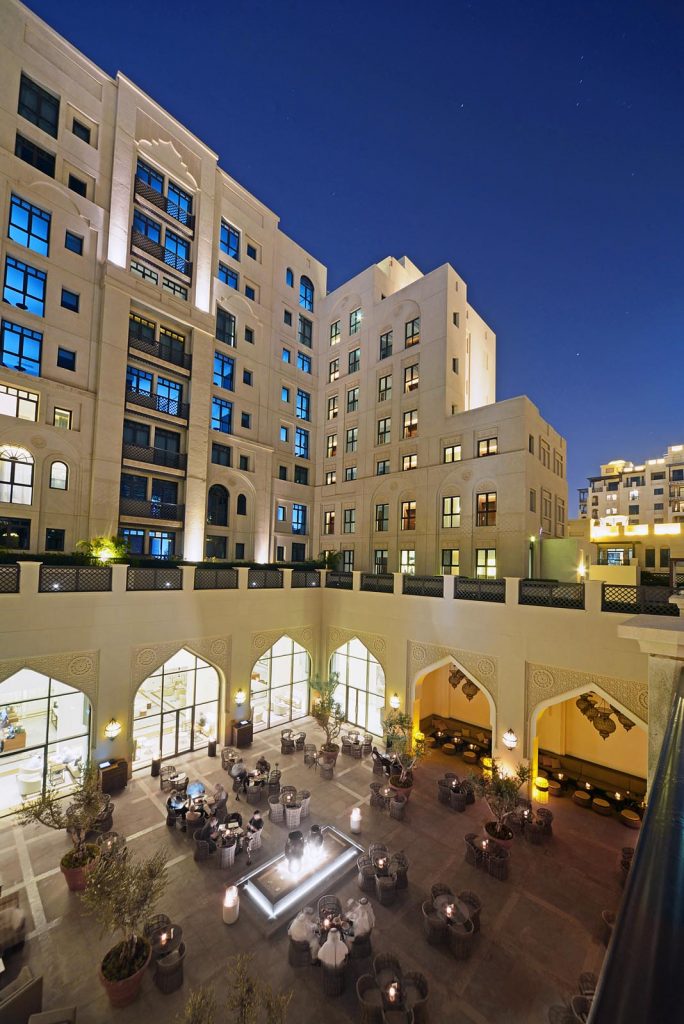 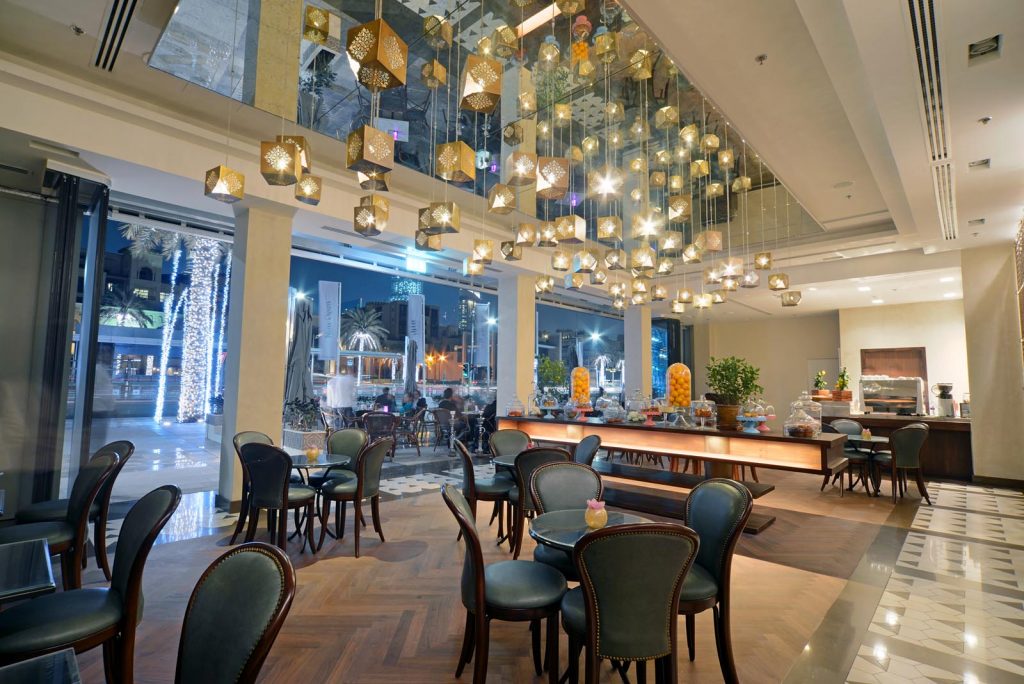 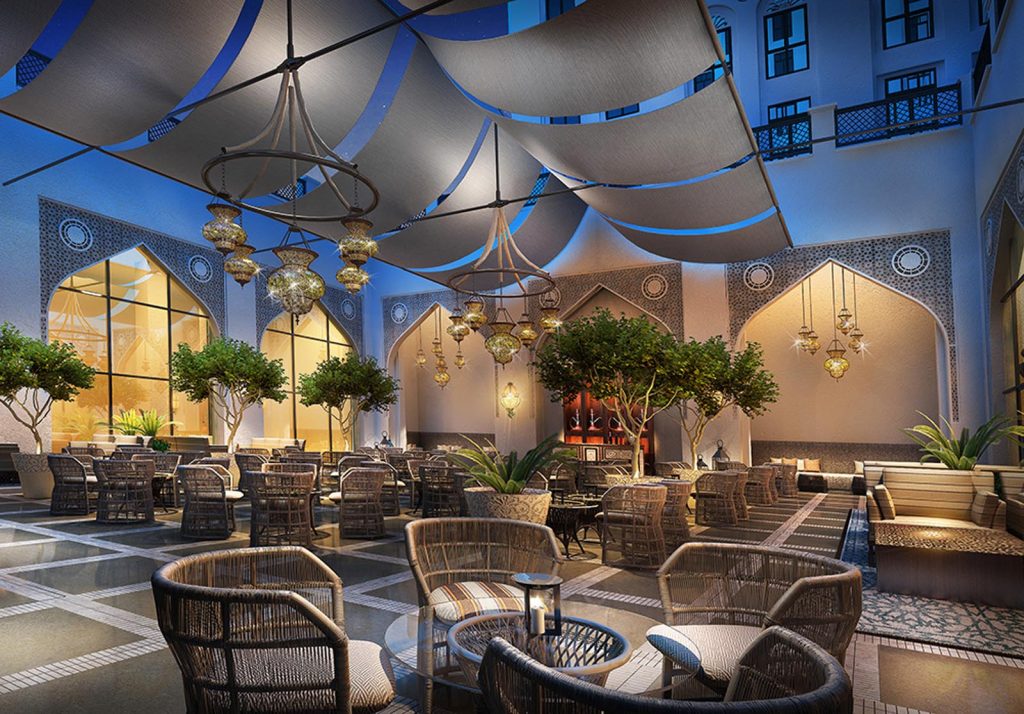 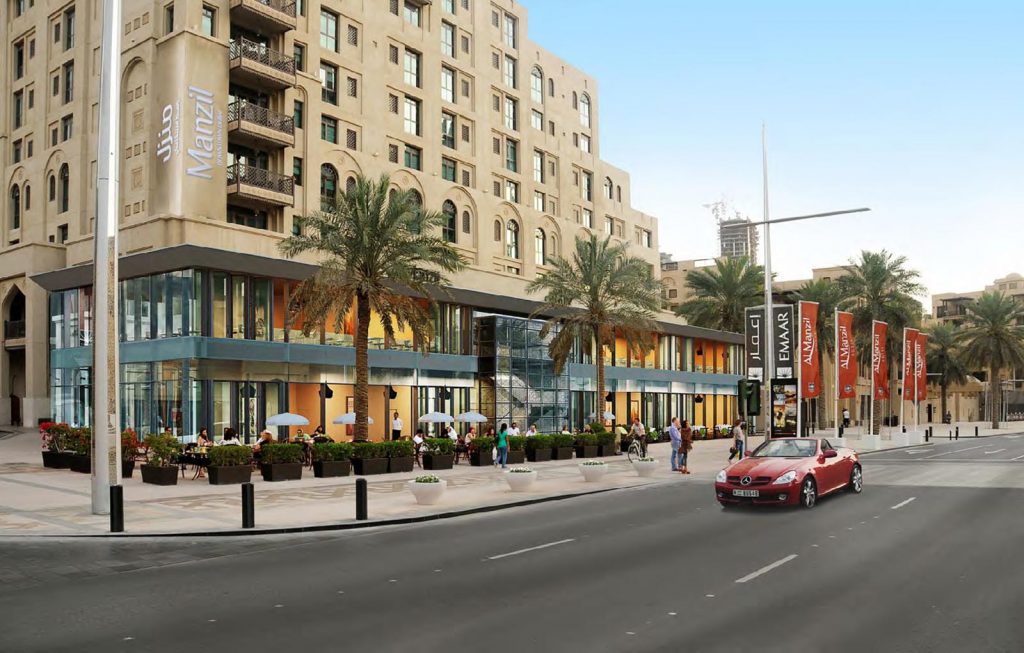